Chen Lijun is a widely renowned weightlifter that is considered number one in his weight category (-67 kg) in China. He competes internationally, standing at a height of 5 ft. 4 inches with a weight of 148 lb. His club is Hunan Province.

The competition achievements of Lijun have been outstanding. He has represented China at the 2016 Olympics and he has won the World Championship four times and he is an Asian Champion. He initially competed in the 62 kg category, moving to 67 kg in 2018 when the groups were reorganised by the IWF. At the 2016 Olympics, disappointingly, he had to withdraw due to leg cramps. In 2013 at only 20 he won the World Championships for the first time in Wroclaw with a 321 kg total. He got silver medals in the snatch and clean and jerk. In 2015 in Houston he won again and achieved a gold medal in the Clean and Jerk and gold in the Total with 333 kg, setting a world record.

In 2018 in Ashgabat, Lijun made his debut in the 67 kg class and won easily. In 2019 in Pattaya he won gold with a total of 337kg. He got gold in the Asian Championships in Ningbo China setting new world records and achieving a total of 339 kg. The only major medal he has not won is an Olympic medal; recently his high competition scores have put him in a good position to win a place at the Tokyo Olympics next year. 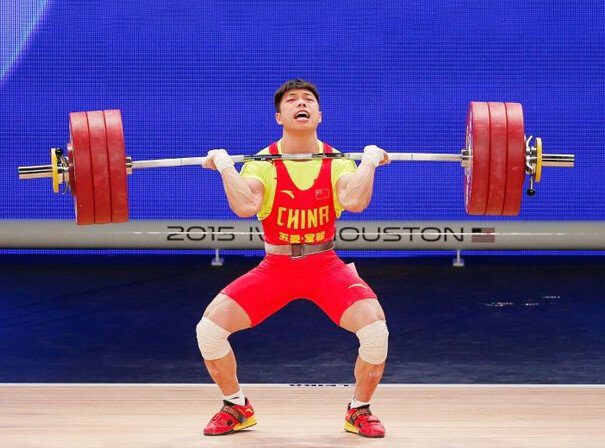