Chinese table tennis player Chen Xingtong is a World Cup, Asian Games and Asian Championships title-holder and a multiple World Tour medallist. A right-handed player who employs a shakehand grip and an attacker style, Chen has enjoyed an extraordinary win rate of above 80% across her career. She has been ranked as high as No. 7 in the world according to the International Table Tennis Federation.

On the World Tour, Chen won her first senior titles at the 2017 Hungarian Open in Budapest, taking gold in both the women’s singles and the women’s doubles with playing partner Li Jiayi. She went on to win another singles title at the Swedish Open in Stockholm later that year, as well as to claim first place in the women’s doubles at both the Austrian Open and the Japan Open with Sun Yingsha. Meanwhile, at the Asian Table Tennis Championships in Wuxi, she added another title to her tally with a mixed doubles win alongside Zhou Yu.

Throughout 2018, Chen continued to reach the latter rounds of several events on the World Tour, and picked up further doubles golds with Sun Yingsha at the Hungarian, Swedish and China Opens. The pair would later finish in second place at that year’s World Tour Grand Finals in Incheon, and Chen would land women’s team titles for China at both the World Cup and the Asian Games. Having achieved the highest ranking yet of her career and proven her dominance on the world stage, Chen stormed into 2019, picking up further World Tour singles titles at the Bulgarian and Czech Opens. 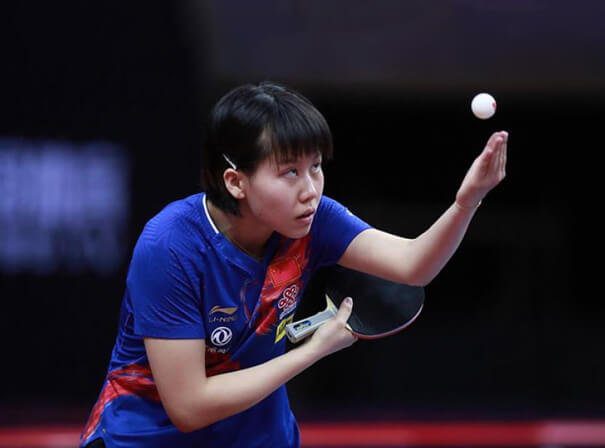