One of the leading badminton players in the world, Chen Yufei is the former World Junior Champion and won the prestigious All England Championship in 2019. Her achievements so far include winning the bronze medal at the World Championship in both 2017 and 2019 and reaching a career high as the world number one in the BWF World Ranking in 2019. In 2017 she was awarded the Eddy Choong Most Promising Player of the Year award, and after a fantastic 2019 and a promising start to 2020 Yufei is aiming for gold at the Tokyo Summer Olympic Games in 2021.

Born in Hangzhou, China, Yufei was an energetic child and her parents introduced her to badminton when she was 6 to keep her busy. Exceptionally talented, she soon began winning competitions and won a Bronze medal at the 2013 Asian Youth Games in the mixed doubles and silver medal in the girl’s singles at the 2014 Asian Junior Championship. Yufei rose to international prominence when she won the singles in the 2016 World Junior Championships, proving she was a player to watch for the future.

2019 was another milestone year for the young shuttler. She captured her first Super 1000 victory and the prestigious All England crown in front of a packed crowd against world Number 1 Tai Tzu Ying. Later in the year, Yufei won at the BWF World Tour Finals in Guangzhou – her seventh title of the year – to become the world Number 1. 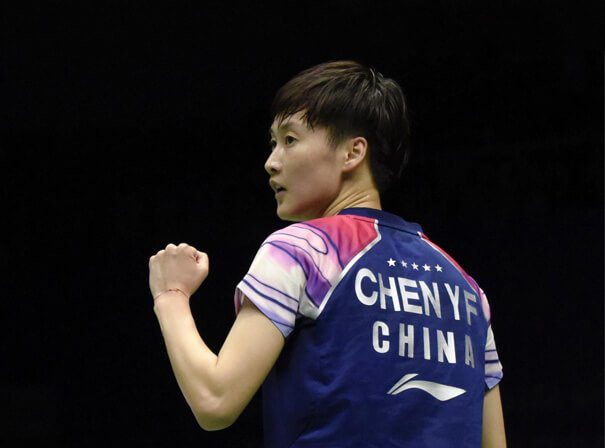