Rock star, actor, artist, and author Cherie Currie first found fame in the 1970s as the lead singer of iconic female rock group The Runaways. The band’s anthem ‘Cherry Bomb’ was written for her to perform at the group’s audition. After leaving the group, she embarked on a diverse career that has seen her release solo albums, form a duo with her twin sister, appear in numerous films, write books, and become a chainsaw artist. Still musically active today, her latest album is 2020’s Blvds of Splendour.

Currie was born in California in 1959. She joined The Runaways aged just 15, partnering up with Joan Jett, Lita Ford, Sandy West, and Vicky Blue to become one of the first prominent all-female rock groups. In 1976, ‘Cherry Bomb’ became their debut single and went to number one in Japan. The song remains an anthem for disaffected teenage rock fans today and has been included in plenty of ‘Greatest Rock Songs of All-Time’ lists. Currie left the band in 1977 after two albums and released a solo album. She then paired up with her identical sister Marie, releasing three albums and scoring a US Billboard Top 100 hit with their version of pop-metal classic ‘Since You Been Gone’.

In 1982, Currie took her first major acting role in Foxes, a coming-of-age drama. She has since appeared in several films, TV series, and documentaries (including a recent programme about glam rock hero Suzi Quatro). She has been making wood carvings with a chainsaw for nearly 20 years and has her own gallery in California. 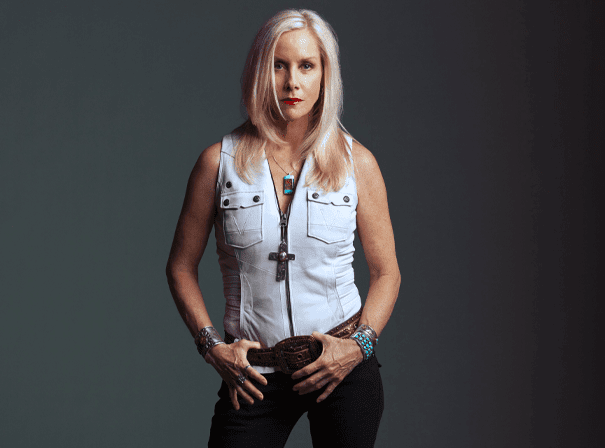