Chevel Shepherd is an American singer and reality television star. She was lauded as one of America’s most exciting new talents after winning Season 15 of the hugely popular talent show The Voice. The Voice’s format places emphasis on raw talent over image, and Shepherd was a prime example of unfiltered, fresh sound. She performed her own original song Broken Hearts in the final, as well as It’s A Little Too Late by Tanya Tucker.

Born and raised in Farmington, New Mexico, Shepherd is due to graduate high school. At a young age, she has honed her vocal and musical skills, making her a force to be reckoned with. Her style is a fusion of country and pop, with a rare maturity in her performances. Since winning The Voice, her career has taken off in a major way: she has produced a debut recording collaborating with a variety of industry greats. She recorded at Nashville’s legendary Starstruck Studios and Backstage Studios, with producer Todd Tidwell, who has worked with stars Kelly Clarkson and Dolly Parton.

She is becoming a sought-after live act, and performed God Bless America at the 2009 Indianapolis 500. She was also selected to support the celebrated rock band Maroon 5 on their Red Pill Blues tour, where she performed with them globally. She has been cast as the lead in the film Wildfire, opposite star actress Anne Heche. 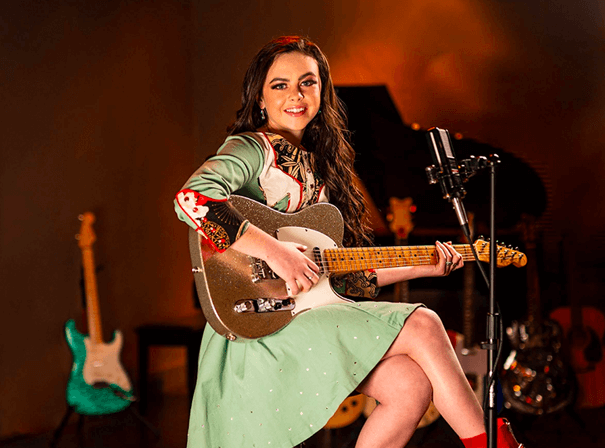