Guitarist of Texas pop rock band Bowling for Soup and legendary musician and composer in his own right, Chris Burney has solidified his status as one of pop rock’s most exciting guitarists for over 20 years. Before joining the celebrated band, Burney was part of several others such as The Persecuted and Folkadots. In 1994 Bowling for Soup finally formed, and from there, history was made.

In 1998 they released Rock on Honorable Ones!! and their first EP Tell Me When to Whoa. They consequently signed to Jive Records. Burney also continued to be successful playing shows separately. Bowling for Soup’s next album, Let’s Do it For Johnny!! came in 2000, only to be followed by, 2 years later, their most successful venture to date. The 2002 album Drunk Enough to Dance included their most celebrated track “Girl All The Bad Guys Want”, which was nominated for a Grammy in 2005. Their 5th album, A Hangover You Don’t Deserve, in 2004, then went on to reach the top 40 and included the hit single “1985” which reached No.23 on Billboard’s Hot 100.

In the following years, the fast growing and well-loved band made several high-profile appearances and collaborations with TV shows and movies – composing soundtracks and starring as themselves. They kept releasing hit albums and went on national tours, celebrating their widespread success. In 2014, the band released a greatest hits album for their 20th anniversary, and have since kept releasing other projects such as their 2016 EP Drunk Dynasty. Burney himself has also appeared in TV Shows, movies and documentaries. Not only a spectacularly vivacious guitarist and musician, he has become a well-loved figure in entertainment and media world. 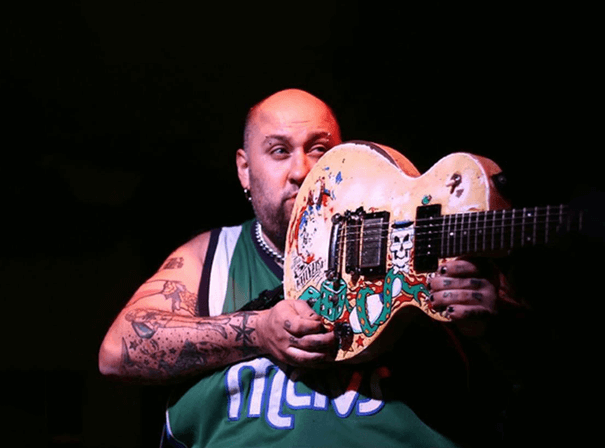