Television personality Chris Hughes burst onto the scene in 2017’s hit reality series ‘Love Island.’ Since making it to the final, Hughes has become a sought after host, singer and documentarian. From starring in the BBC3 documentary ‘Me, My Brother And Our Balls,’ Hughes has gone on to champion awareness for testicular conditions. Born and raised in Gloucestershire, England, Hughes nurtured a love of football and modelling that would later see him play for his local club Bourton Rovers FC. Now, as Hughes career soars, his future in the industry is undeniably bright.

Life after ‘Love Island’ has opened up a whole other world to Hughes. Alongside fellow co-star Kem Cetinay, Hughes hit the number 15 spot in the UK Singles Chart with the song ‘Little Bit Leave It,’ as part of ‘Chris & Kem.’ From there Hughes went on to star in a wave of reality television shows including ‘Olivia: Kraken’ On,’ ‘Tipping Point: Lucky Stars’ and ‘You vs Chris & Kem.’ A natural on camera, Hughes has also presented ‘The Cheltenham Festival’ and ‘ITV Racing Royal Ascot.’

Never complacent and always raising the bar, Hughes has also been a charity ambassador for Campaign Against Living Miserably. Hughes has also published his biography, ‘My Life Story: You Bantering Me.’ Opening the door for a broader conversation, Hughes continues to discuss the importance of checking yourself regularly for testicular cancer. On the back of his highly praised BBC3 documentary, Hughes performed a live testicular exam while appearing on ITV’s ‘The Morning.’ With other appearances including ITV’s ‘The Real Full Monty on Ice,’ Hughes’s popularity continues to grow. 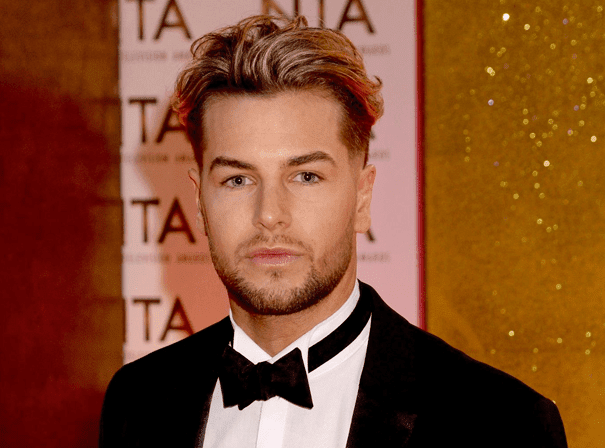