Londoner Chris Whyte has played for an impressive 18 clubs in his long Soccer career – including time in the United States playing for sides in Detroit, New York and Los Angeles. But it is for his successful seasons at top-flight English clubs such as West Bromwich Albion, Arsenal and Leeds United that Whyte is best known. Perhaps most memorably for being in the Leeds team that clinched the First Division title in 1992 just before it became known as the Premier League, followed by winning the FA Charity Shield a year later. He’s still considered a much-loved hero by Leeds fans.

Other honours include being named the West Bromwich Albion Player Of The Year in 1989 and securing four caps with the England U21s team in 1982. After scoring 62 goals in a lengthy career the tall central defender retired from professional Soccer but continues to promote the sport by playing in fundraisers.

Whyte also spends a lot of time with schools and community projects coaching youngsters and teaching them the tackling tricks that lead fans to believe he had elastic legs! Whyte prides himself on being able to spot and develop Soccering talent and now as a qualified agent is on a mission to promote talent from under-developed countries. This has lead him to patronise projects that work to donate kit and boots to disadvantaged children in the Caribbean. 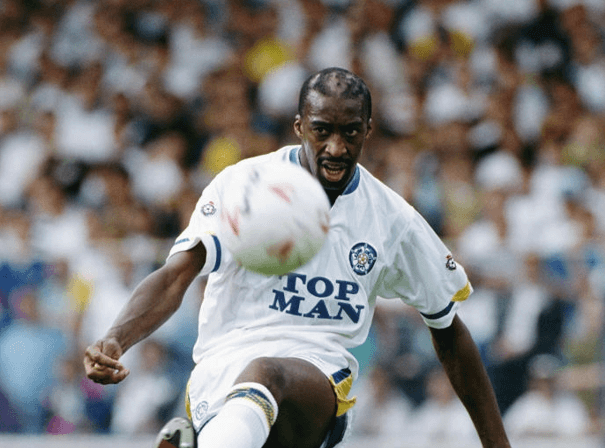