Dr Christian Jessen is Britain’s favourite doctor, best known for his appearances on shows such as Embarrassing Bodies and Supersize vs. Superskinny, and for his books on various medical and health-related subjects. Throughout his work, he seeks to raise awareness, de-stigmatise and challenge misconceptions about medical matters.

Jessen studied at University College London and the London School of Hygiene & Tropical Medicine, training in general medicine and with particular interests in travel medicine, infectious disease and sexual health. Alongside fellow doctors Dawn Harper and Pixie McKenna, Jessen entered the public eye in 2007 as one of the presenters of Channel 4’s Embarrassing Bodies. The show tackled previously stigmatised subjects in a direct and shame-free way, and aimed to encourage people to seek treatment for common and uncommon conditions. The series was commissioned for eight seasons and several spin-offs on which Jessen appeared, including Embarrassing Bodies Down Under and Embarrassing Bodies: Live from the Clinic.

Jessen has since fronted many other medical-themed shows, including Dr Christian Will See You Now and 2019’s Dr Christian: Special Clinics. He has co-presented Stand Up to Cancer alongside Alan Carr and Davina McCall, and starred in and produced the documentary Undercover Doctor: Cure Me, I’m Gay, which explored controversial supposed ‘gay cure’ therapies. He has published several books, including Dr Christian’s Guide to Growing Up, Can I Just Ask?, and Dr Christian’s Guide to You, and has written regular columns for Closer magazine, the Evening Standard and Top Santé. A favourite media personality, Jessen has appeared on shows including The Wright Stuff, Antiques Mastermind and Loose Women. Alongside his work in publishing and broadcasting, Jessen still practices medicine, and is based at Doctorcall on London’s Harley Street. 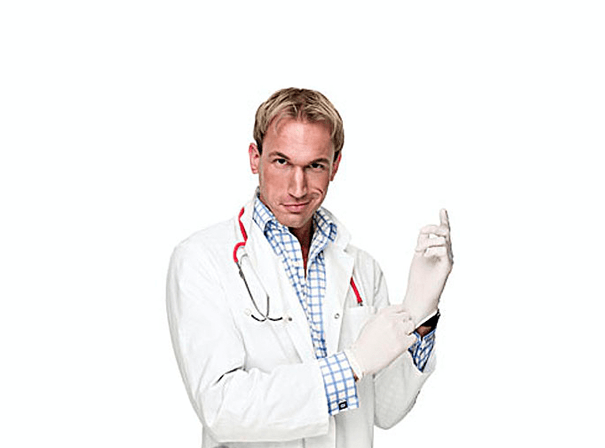