Olympian and World Cup title holder, Canada’s Christine De Bruin is shaking things up in the bobsledding scene. Competing has always been in De Bruin’s life. From a young age, De Bruin has always pushed herself to surpass her goals. Thriving as a track and field sprinter at the University of Alberta, it didn’t take long for De Bruin to find her home in the Canadian bobsleigh team. The thrill of the game has been a significant motivator for De Bruin’s phenomenal career. Aspiring to stand on the Olympic stage again, De Bruin is forging a formidable race to the podium.

Staring down adversity, De Bruin has overcome sciatica to become one of Canada’s finest athletes. Cruising into 7th place at the 2018 Pyeongchang Winter Olympics, De Bruin achieved a life’s dream. A testament to her commitment in the pilot and brakeswoman seat, De Bruin has a flair for climbing the podium. At the BMW IBSF World Cup Overall event, De Bruin achieved the bronze. The World Cup has seen De Bruin capture three silvers and a bronze, and the World Championships she had claimed two bronzes. De Bruin’s career is on the rise, and her skill and command of the serpentine ice runs she meets push her further to victory.

Transforming into a world-class athlete isn’t for the fainthearted. Defining her technique, alongside speed and precision, De Bruin will set the competition ablaze. With a fighting spirit, De Bruin is more dedicated than ever to reach the number one spot. As the world patiently waits for the Beijing Winter Olympics, De Bruin is training harder and fiercer than ever before. Set to lead Team Canada to the podium, De Bruin is going to shake things up in her thrilling bobsleighing adventures to come. 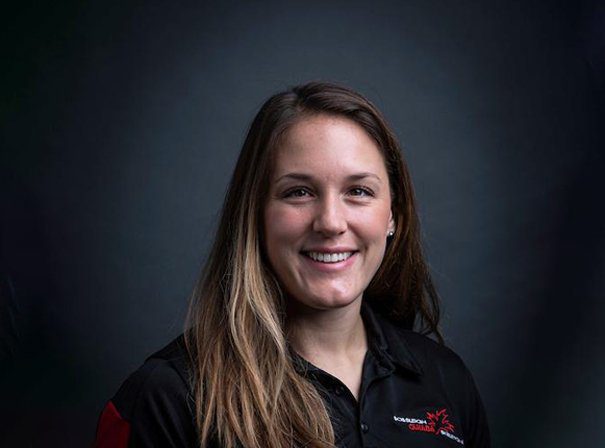