C. J. Perry is an American actress, singer, dancer,model, and manager best known for her professional wrestling persona, Lana,under the WWE SmackDown Brand. In addition to wrestling TV series and specials,Perry has appeared in the box office hit Pitch Perfect (2012) and the follow-up2015 sequel, starred as Alexis in 2016 crime-thriller Soul, played Gwyneth inOther Versions of You, and also held roles in TV shows The Game and Big TimeRush. She has also taken on the title of producer with fellow actress ReneLovit, writing and starring in a web series, Sisters the Series, which hasgarnered over 50,000 views on YouTube. From 2009 to 2010, Perry was a member ofgirl group No Means Yes before going on to work as a backup dancer forsuperstars like Usher, Pink, and Keri Hilson, then joining WWE as a managerthen performer. She has since appeared in several big matches and tournaments.

Born in Florida, Perry resided in Latvia for severalyears before returning to the states to study dance and acting. After catchingthe attention of a sporting commentator at a huge game aired on NBC ABC, shesecured several modelling and spokesmodel opportunities which she HAS used togrow her personal brand. Most recently, Perry has appeared on the hit realityshows Total Divas and Total Bellas.

Fans can keep up with Perry on her social media, whichis frequently updated and showcases her adventures in fashion, makeup, andtravel. Her Instagram and Twitter have close to 4.5 million followers. 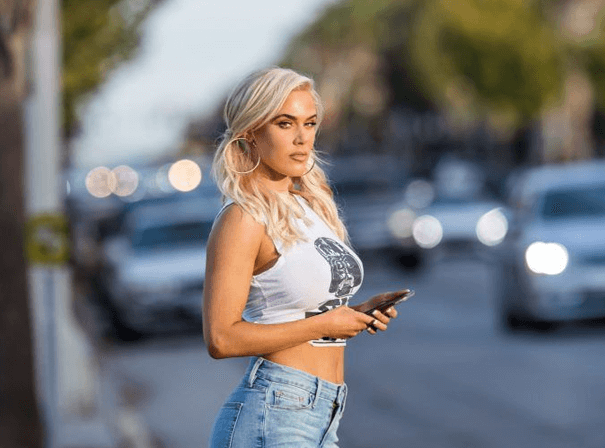