To family and friends, he is Darrell Bailey – to the rest of the world, especially NBA fans, he goes by Clipper Darrell. To the Los Angeles Clippers, he is their number one fan. As firm a fixture as the players themselves, Darrell is a fan figurehead for the Clippers and will never miss a game – with a total consecutive attendance of 386 games! One of the most famous fan’s in the world, Darrell and the Clippers are inseparable.
Known as a bit of a jokester in his early years, Darrell moved from job to job to no avail, before finding solace in the Clippers, who were also under judgemental scrutiny at the time. Before the identity of Clipper Darell came about, the superfan was known as ‘Dancing Man’ before changing names following numerous radio performances and a growth in his following. Darrell has featured on a multitude of popular radio stations with his unique charisma and love for the sport and he has rightly been named the teams ‘unofficial biggest fan’ by the New York Times.
Darrell continues to show an avid love for the Clippers and carries an unrivaled devotion to the team. He continues to make appearances, attend charity events and interviews. The Clippers are blessed to have a fan like Darrell and it hasn’t gone unnoticed; the owner of the Clippers Mr Sterling once invited Darrell onto a team flight – a dream come true for any sporting enthusiast. So next time the Los Angeles Clippers are on your television, look out for the mega fan, he’s normally hard to miss. 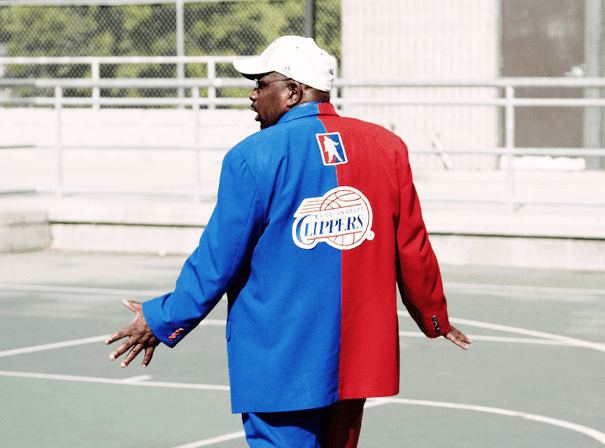