Clive Allen was one of the most revered strikers in English Soccer throughout the ‘80s, enjoying excellent spells with Queens Park Rangers, Tottenham Hotspur and West Ham United. He made his name during his time at Loftus Road, where during his first tenure at the club he scored 32 goals in 49 appearances. This record saw him move to Arsenal for £1.25 million, but he didn’t play a single minute of competitive action before being sold to Crystal Palace.

After a season with the Eagles, he returned to QPR, where he spent three seasons and scored 40 goals. In his first season, the club reached their only FA Cup final before being reaching the First Division in the following season. Allen’s performances helped QPR finish fifth in the top-flight and resulted in Tottenham Hotspur signing him for £700,000 in 1984. He went onto make 105 appearances for Spurs over his four-year stay and scored 60 goals. The 1986-87 season was the finest of his career as he scored 33 league goals and 49 in all competitions. His achievements saw him crowned the PFA Player of the Year and the Soccer Writers’ Player of the Year.

In 1988 he moved to Bordeaux for a season, where he scored 13 goals in 19 appearances, before returning to England to play for Manchester City, Chelsea, West Ham United and Millwall, eventually ending his career at Carlisle United. Allen made five international appearances for England during his career and upon retiring made a move into American Soccer, playing for the London Monarchs as a placekicker. 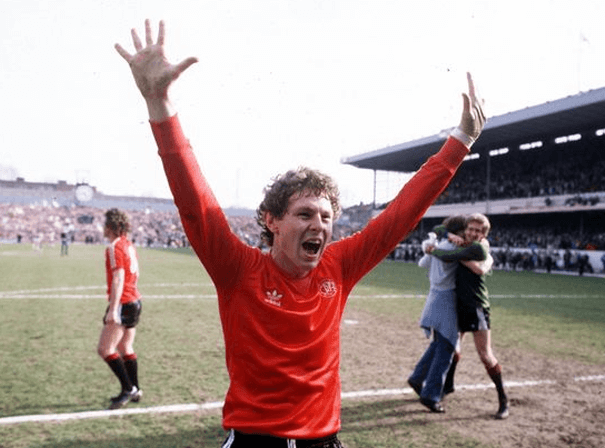