Born in Colorado Rockies, Colter Hinchliffe is famously known for skiing. As soon as Hinchliffe turned 3, he began his passion for mountain life by spending a lot of his time on the hill. Hinchliffe was never part of any competitive ski program, he was a freeskier and had his own style which to this day is quite evident. Prior to finishing his college, Hinchliffe decided to join the University of Alta, since it offered a curriculum for skiing as much powder as possible. Hinchliffe believes that it was due to his studies at the University of Alta that he became a professional and was able to work with several professional photographers who landed him his first big breaks. Since Hinchliffe loved Teton Gravity Research (TGR) films, he worked really hard to make his way into his first TGR film, The Dream Factory, while he was in Alaska. Hinchliffe spent his own money and time to stay in the big mountains. His passion only grew stronger, and since then, Hinchliffe has spent most of his time skiing, climbing, camping and exploring new places with new people. Hinchliffe uses the revolt 121 for skiing big lines, hitting jumps and skiing playful terrain in soft snow. He considers himself one of the lucky ones as he is able to live his life doing what he loves most, by recording many images of his explorations while skiing. 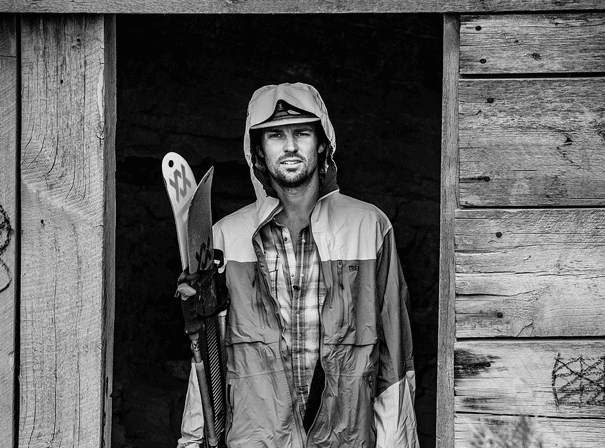