Irish radio and television presenter Con Murphy is best known for his work on sports shows such as Monday Night Soccer, and for fronting RTÉ’s Crimecall. Associated particularly with both international and Irish football, he has also led acclaimed coverage of sports including athletics, golf, horse racing, rugby and basketball.

For twenty years, Murphy was a sports presenter for RTÉ Radio, delivering coverage from major sporting events including the Summer Olympic Games in Atlanta, Sydney, Athens, Beijing and London. During this time, he also presented international football for the network, including the FIFA World Cups in Japan/South Korea and South Africa, and later fronted the weekly League of Ireland highlights show Monday Night Soccer. Murphy co-presented the RTÉ Radio 1 show Sunday Sport with Jacqui Hurley, has stood in for presenters including Marian Finucane, Ryan Tubridy and Rachael English, and was part of the network’s award-winning team of commentators at the 2006 Ryder Cup.

In 2006, Murphy was appointed co-host of Crimecall, and would continue to present the long-running crime re-enactment show alongside journalist and news presenter Anne Cassin for five years. In recent years, Murphy has become known as the voice of RBS 6 Nations rugby, and has lent his voice to brands including The Irish Sun, Guinness Pro12 and the SSE Airtricity League. He is a regular host and MC at sporting and corporate events, awards ceremonies and conferences, and has worked for the likes of the Football Association of Ireland, AIB, Spar Ireland, and the Irish Badminton Association. 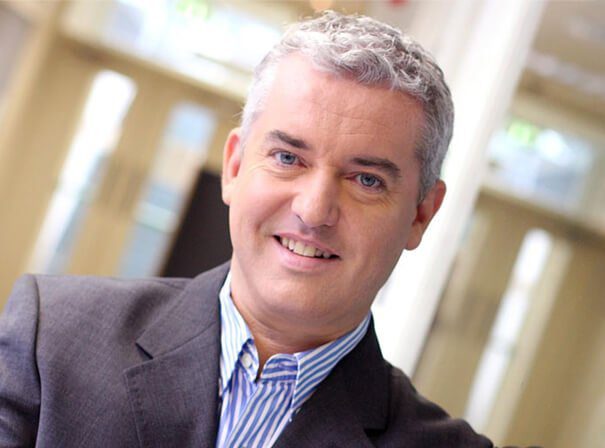