Constance Sibille is a retired professional tennis player from France who is now a leading hypnotherapist. Sibille used hypnosis to achieve both her personal and sporting goals, including her achievements in the world of tennis including becoming the 11th ranked French player and competing 3 times in the iconic Roland Garros tournament. She won 5 tournaments in her career and climbed to 265th in the world in 2014, but a series of injuries forced her to retire and she transitioned to hypnotherapy after experiencing the incredible impact it had on herself during her playing days.

Born in Sarreguemines, France, Sibille’s tennis skills were evident from a young age, and she began training hard when she was 15. She made her professional debut in 2016 and in 2014 she received a wildcard to play in the doubles draw alongside Irina Ramialison in the French Open. The pair returned the following year losing out to eventual winners Bethanie Mattek-Sands and Lucie Safarová after a close battle in the first round of the tournament.

Sibille was steadily rising through the ranks towards the top 100 in the mid-2010s and regularly beating higher ranked players, but after a serious shoulder injury she was forced to take a 9 month break. She fought back from her injuries and played for several more years before hanging up her racket and embarking on her next chapter as a trained hypnotherapist.

After experiencing first-hand during her tennis career how hypnotherapy can help achieve results, she now helps others to achieve their own personal goals. 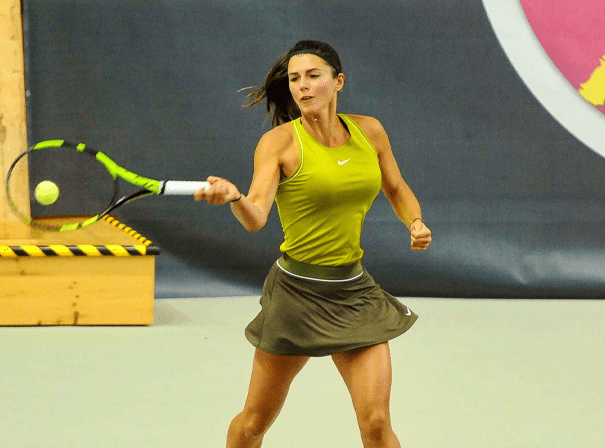