Donald Corey Patterson is a retired professional baseball player from the United States. He played the position of center fielder. During his Major League Baseball career, he was a member of many teams. He played for the Chicago Cubs from 2000 to 2005, the Baltimore Orioles from 2006 to 2007, the Cincinnati Reds in 2008, the Washington Nations and Milwaukee Brewers in 2009, he returned briefly to the Baltimore Orioles in 2010 before transferring to the Canadian professional league (which competes in MLB as a member of the American League). He returned to the United State being traded to the St. Louis Cardinals in 2011. He had short dealings with three major league teams in 2013, the New York Mets, the Seattle Mariners, and the New York Yankees, before electing to be a free agent.

He is the older brother of baseball infielder Eric Patterson and the son of former NFL defensive back Don Patterson, thus sports run in his family. When former player Sammy Sosa only briefly attend a meet and greet with a massive baseball fan for the Make A Wish Foundation, Patterson seemed to step in out of nowhere saving the day for the crying child whose favorite baseball player changed forever that day. He is currently the manager of the Brookhaven Bucks, a summer collegiate wooden bat baseball club that competes in the Sunbelt League against other teams in the Atlanta metropolitan area. 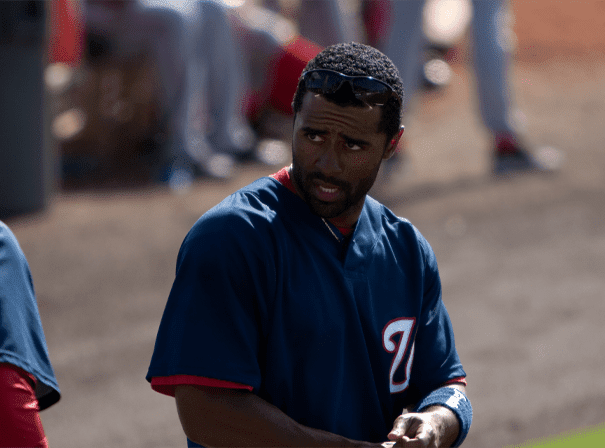