Elite athlete Cory McGee is professional middle distance runner from America who recently reached the final of the 1500m at the Tokyo Summer Olympic Games. McGee had a standout career at both high school and college, finishing 9th at the 2009 IAAF World Youth Championships in Bressanone, Italy, and has steadily risen up through the ranks of senior athletics to reach her first Olympic Games in 2021.

Born in Fairfax, Virginia, McGee was a promising athlete at Pass Christian High School in Mississippi and during her prep career earned 22 track and field and cross country gold medals, plus one silver and three bronze. She was also named the Sun Herald’s Girls Athlete of the Year twice whilst at high school before enjoying a standout career at collegiate level at the University of Florida.

Although she showed great promise early in her career, it was joining legendary coach Joe Bosshard’s professional running group, Team Boss, that made a big difference to McGee as she began to understand what was required to become one of the fastest middle-distance and distance runners in the world. She continued to work hard throughout the pandemic and began to run races to the potential she believed she had inside her, qualifying for the 2020 Olympics in Tokyo after finishing second in the women’s 1500m at the US Olympic Trials. McGee achieved her ambition to reach an Olympic final when she made it through two rounds to compete against the fastest women in the world in Tokyo, and although she missed out on a medal this time around in the 1500m there is much more to come from the track star. 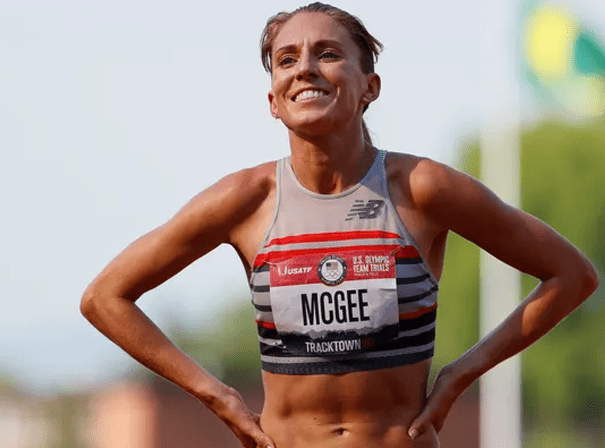