Cory “Nasty” Nastazio is a BMX legend. One of the sport’s most familiar faces, he is a two-time winner of the Nora Cup and has competed at ten editions of the X Games, most recently in 2016 when, at 38 years old, he was the oldest competitor. He has won one silver medal at the tournament, establishing himself beyond all doubt as one of the greatest showmen in the history of BMX. In the early noughties, he was immortalised in Mat Hoffman’s Pro BMX video game. More recently, in 2020, he had a BMX-riding cameo in Viena and the Fantomes, a romantic drama about a punk band roadie travelling across 1980s America.

Nastazio was born in the Flushing district of Queen’s, New York in 1978. He started BMXing in the early 1990s, aged 13, and began competing professionally in 1995. Within a few years, he had joined the Huffy team and was a regular cover star of magazines like BMX Rider, Ride BMX, and BMX Plus. He competed at his first X Games in 1997, appearing every year bar one until 2006. In 2001, he was named the world’s best dirt jumper by both BMX Plus and Transworld BMX. He also appeared in the legendary 2002 film Jackass: The Movie.

Nastazio retired from competitive BMX in 2006 but stayed in the public eye with appearances on reality shows such as VH1’s The X Life. He made a competitive comeback a decade later with his 2016 X Games appearance. His top-ten finish was up there with his best performances, proving that he still had what it took. 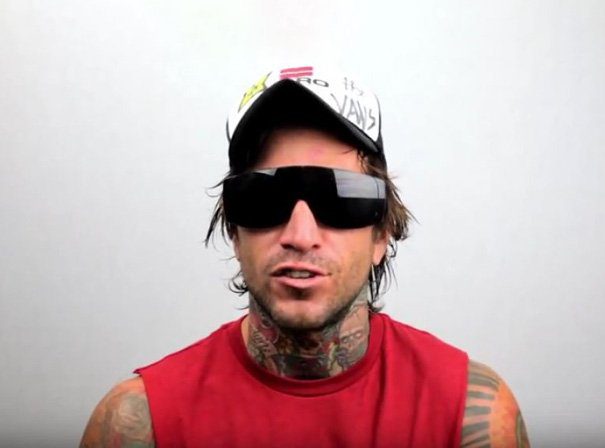