Billed as “America’s Dream Girl”, Courtney Coco is building a reputation for herself in the United States, and further afield, as an extremely talented, up-and-coming professional and commercial model. She has been featured on magazine covers, in music videos, and appeared in over 50 publications. She has built a particularly large audience on Facebook, where she has gathered over 200,000 fans and counting. She is also a talented dancer and has performed at many live promotional events in America.

Coco works mainly around Arizona and California. She has been a dancer and cheerleader since a very young age, and despite her undoubted raft of talents (actor, performer, dancer, musician, athlete, to name a few) her first love is modelling, and it’s something she now has over a decade of experience in. Among the much-watched music videos she has appeared in are Blind Eye’s ‘Losin’ My Mind’, ‘Southwest Soldier’ by 5napboyz, and ‘Sexy and You Know It’ by Coolish Bangs. The list of clothing lines and outlets she has modelled for is huge and includes the likes of Indi Apparel, Pink House Boutique, Bliss Clothing, AZs Hottest Women, Omni Beach, and Ujena Swimwear. She has also appeared in magazines such as Fuse, Bikini Magazine, Fisique Fashion Magazine, Dream Vixens Magazine, and Industry 150.

With rave reviews from the enormous list of photographers who’ve worked with her, and with such a huge fanbase, Coco is undoubtedly a popular model whose constant hard work, dedication, and sunny, positive personality continue to endear her to industry professionals and the public alike. 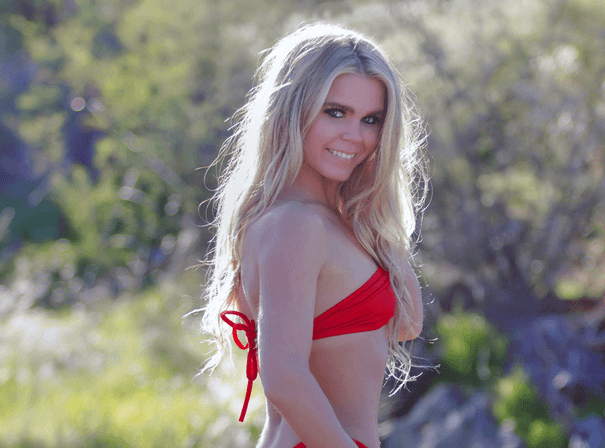