Starting out in golf at only eight years old, Cristie Kerr was destined for great things on the course. Between 1994 and 1996, she triumphed in several amateur championships including the Junior Orange Bowl International, the Curtis Cup, and the amateur US Women’s Open, dubbed the American Junior Golf Association’s player of the year in 1995.

Upon graduating from high school, Cristie Kerr launched her professional career at the Ironwood Futures Classic and the Players West Tour, and her accomplishments in professional golf began swiftly accumulating. Some of her most notable wins include the LPGA Qualifying Tournaments, the Women’s British Open, and placement on the Solheim Cup team. By 2010, Kerr was reaching the heights of international women’s golf rankings.
In the eight years since, her career has continued to develop, seeing her triumph in tournaments around the world.

There is more to Cristie Kerr than just an excellent sports record, however. She appeared on The Apprentice television show in 2005 and can be seen contributing to several golf-based TV series. Her interest in business led her to mastermind the Kerr Cellars California wine company while assisting the Jersey City Medical Center with their newly-built women’s health wing.

Cristie Kerr has been active in the quest to make breast cancer screening, testing, and treatment available and affordable for all women, founding an organization called Birdies for Breast Cancer: their annual event raises hundreds of thousands of dollars for breast cancer research. In 2006, she was given the Susan G Coleman Breast Cancer Foundation award in recognition of her tireless efforts to battle the disease. 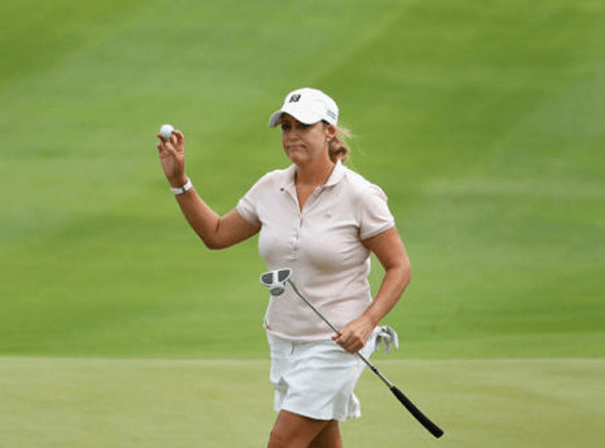