The incredible Cullen Jones is a competition swimmer and Olympic Gold medalist who specialises in freestyle sprint events. He is a 2 x Olympian, a world record and a former American record holder, a World champion, a philanthropist, and a motivational speaker. He made history at the 2012 Olympics for being part of the first US Olympic swim team with more than one African-American swimmer in it, along with Anthony Ervin and Lia Neal.

Born in the Bronx, and raised in New Jersey, Jones learned to swim after a near-drowning incident when he was five-years-old. He took to the water like a natural, and became an age-group swimmer at Metro Express in New Jersey, going on to set numerous records while he was at High School. He attended the North Carolina State University to study English and he swam for the NC State Wolfpack swimming and diving teams, competing in the NCAA competitions from 2003-2006. He turned professional upon graduating in 2006, signing with Nike, and quickly made a name for himself at the 2006 Pan Pacific Swimming Championships where he set a record in the 50 metre freestyle event. In 2007 he won Gold in the 4 x 100-metre freestyle relay at the World Aquatics Championships, becoming the first African-American to hold a world record in that swimming event. At the 2008 United States Olympic Trials, he broke the American record in the 50-metre freestyle and was chosen to represent his country in Beijing. He went on to win a Gold medal in the 4 x 100-metre freestyle relay in a world record time of 3:08.24 with teammates Michael Phelps, Jason Lezak and Garrett Weber-Gale. Jones made the Olympic team for the second time in 2012 and at the London Olympics he won Silver medals in the 50-metre freestyle and the 4 x 100-metre freestyle relay. He also earned a second Gold as part of the 4 x 100-metre medley relay team.

Jones regularly connects with his legions of followers and fans through Instagram, and Twitter, posting pictures and videos of his aquatic life. He is also available for that personalised shout-out via the Cameo platform. 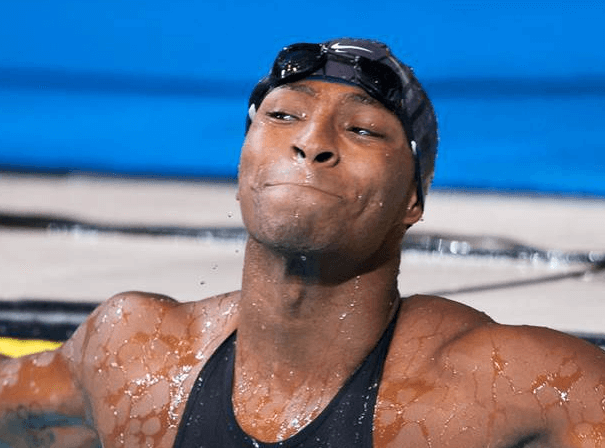