Damielou Shavelle is a widely recognised Australian actress, model, influencer, YouTuber and singer who rose to prominence through her popular vlogs and online videos of covers of songs by artists such as Zedd, Jessie J, Robin Thicke and more. Shavelle is also known for appearing on ‘The Voice’ in 2015, her participation of the show helped to get her career as an artist off the ground and further grew her fame. When she appeared on ‘The Voice’, one of the songs that she sang was ‘Do It Like a Dude’ by Jessie J, during her performance, Jessie J herself was on the judging panel.

Shavelle impressed the audience with her perfectly executed vocal runs and energetic performance.

Shavelle’s cover of Ariana Grande’s ‘Love Me Harder’ received over 500k views on YouTube. She has always had a passion for music and the arts from a young age, which led her to study a BA degree in Music Performance. She plays regularly in a band around venues in Melbourne and beyond. In 2015, Shavelle was shortlisted for Nova Fresh Discovery and her acoustic version of ‘Love Me Harder’ was televised on the morning show ‘Sunrise’.

Shavelle has almost 10,000 followers on Instagram, where she shares her music projects and insights into her life with her fans. She is recognised visually for her vibrant purple hair, which has become a signature look for Shavelle. On YouTube, she has built up a large subscriber number of just under 80k. Some of her most watched videos include ‘Love Me Harder’, ‘Jessie J – Wild’ and many more. 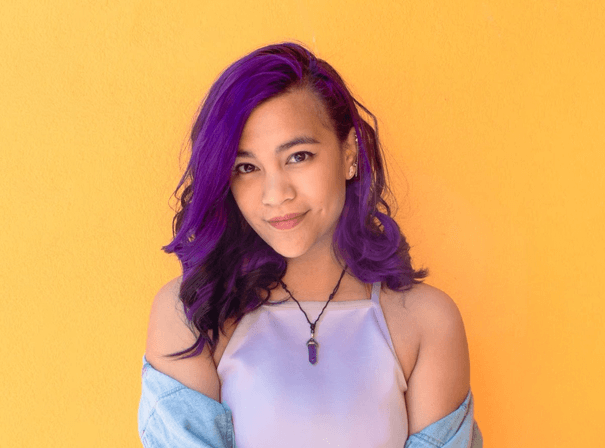