Daniel Cuervo, also known as The Crow, is known for being the first Pro Skateboarder to come from the Dominican Republic. Cuervo was born in 1990 and began skateboarding at the age of 12. Cuervo was influenced by DR National Skateboard Champion Ivan Marono. When Cuervo turned 14, he began competing and won in all the National Vert and Mini Ramp Competitions and realized he had found his passion. It was then that Cuervo decided to become a Top Pro Vert Skateboarder and to compete in the X-Games, the Dew Tour and any and all other Vert, Pool or Bowl Competitions in the World. When Cuervo turned 16, he got sponsored by Tropical Skate School and made demos during weekends on the beach for crowds of people that would gather to watch him. In 2007, Cuervo received an invitation from Canada, from Heidi Lemmon of ASPAUSA, to compete in the Grom Fest Bowl riding event. Cuervo was prepared and won the third place in the competition. After that, Cuervo returned to the Dominican Republic, where he continued to win several vert and mini ramp contests. Dedicated to continue practicing and getting better, Cuervo took part in 2008’s Grom Fest. He involved new trickes and a higher air assault. Althouh he broke his hand one day prior to the event, Cuervo did not give up competing and won the Grom Fest. Following his victory, Cuervo was able to compete with top pros and live the lifestyle of a Pro Extreme Sports Athlete. 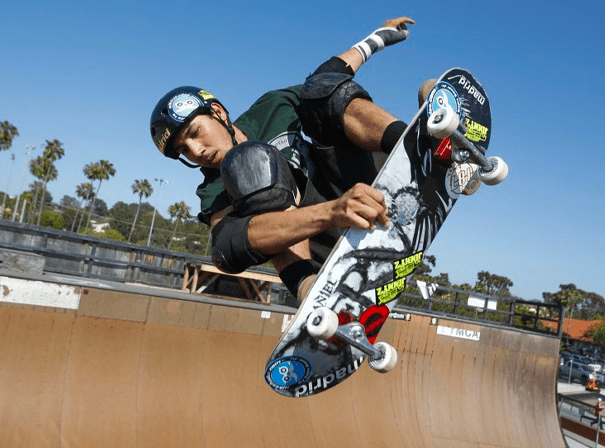