Award-winning Brazilian para-swimmer Daniel Dias is, quite easily, one of the most successful Paralympians of his generation, if not of all-time. Since winning his first major medal in 2006, he has amassed an almost unbelievable 78 gold medals from major tournaments, including the Paralympics, World Championships, and Parapan American Games. He has absolutely dominated the latter tournament for over a decade, with his biggest single haul being 11 golds from the 2011 tournament in Guadalajara. His final successes before retirement were three bronze medals from the delayed 2020 Tokyo Paralympics. He has been named the World Disabled Swimmer of the Year four times and won the Laureus World Sportsperson with a Disability Award in 2013. He achieved 27 podium finishes in his Paralympic career, more than any other athlete. Although he is no longer a competing athlete, he still works to inspire young people to get involved with para-swimming.

Dias was born in Campinas, Sao Paolo, in May 1988. He was born with congenital disorders of his limbs and only began swimming aged 16 after being inspired by watching fellow Brazilian Paralympic legend Clodoaldo Silva at the 2004 Summer Paralympics. Just two years later, he entered his first major tournament, the IPC World Championships, and won three gold medals. He had clearly discovered his calling. In the 15 years that followed, Dias won almost every major race he entered, both as an individual and as part of relay teams. His achievements will stand as a testament to his abilities and have surely already inspired a generation of para-swimmers. 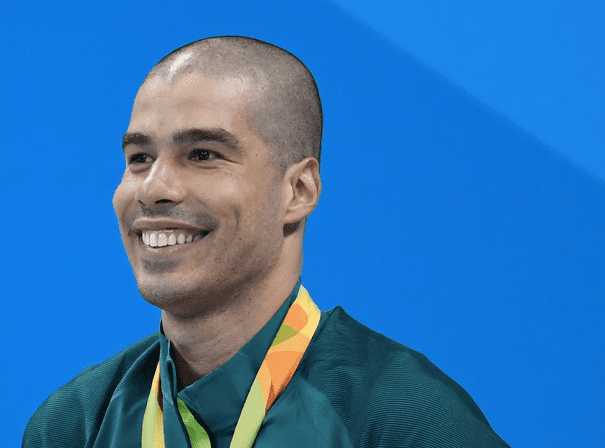