Daniel Evans is a British tennis player. A pro since 2006, he enjoyed one of his best seasons to date in 2021: he reached the fourth round of the US Open, the semi-final of the Monte Carlo Masters, the doubles finals of the Miami Open and Monte Carlo Masters, and helped Britain to the quarter-finals of the Davis Cup. He previously won the latter with them in 2015 and has also appeared in the semi-finals twice. All of this helped him to reach the Top 25 in the ATP World Rankings for the first time.

Born in Birmingham in 1990, Evans fell into tennis almost by accident, but his talent was noticed and as a teenager, he moved to Loughborough to train at the LTA’s base at the local university. He was soon ranked as the best junior player in Europe but has at times had to contend with a “bad-boy” image that has often seen him at odds with the tennis authorities. Throughout the 2010s, his career became touch-and-go, plagued by injury and funding issues—at one point he was unable to afford foreign travel and so could only appear in relatively nearby tournaments. By 2019, however, he was back on his game, back on the plane, and he became the number-one British player after reaching the final of the Delray Beach Open.

2021 was a major year for “Evo”. He won his first ATP Tour title, reached his first Masters 1000 final, and even beat world-number-one Novak Djokovic in straight sets. A bout of Covid preventing him from competing in the Olympics was the only sore note in his best season to date. He started 2022 in a similar vein with a semi-final appearance at the Sydney International. 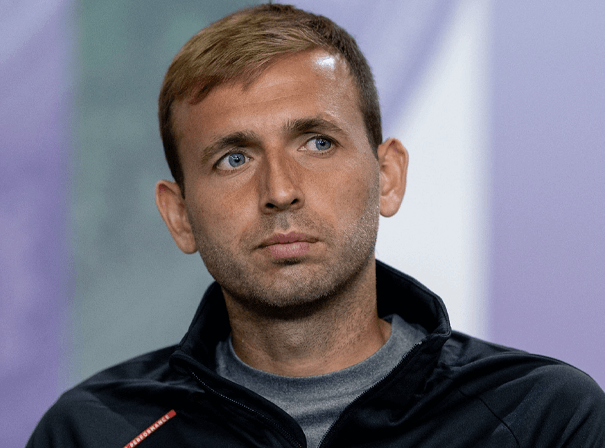