With a surname like Breezy it is little wonder that Danielle became the chief meteorologist on Nashville’s WKRN-TV News 2 channel. Emmy-nominated and a community volunteer, she is a dedicated scientist who was recently named by the Nashville Business Journal as one of their 40 under 40 winners.

Breezy’s passion for weather began when she was a child, growing up outside of Philadelphia where she experienced all extremes of weather from ice storms to tornadoes and raging blizzards. Then, when Glenn “Hurricane” Schwartz, a local tv meteorologist, visited her school she became hooked on reporting the weather as a career, and set out to become a meteorologist herself. She studied atmospheric science at Cornell University and eventually obtained a CBM (Certified Broadcast Meteorologist) seal, the highest accolade a meteorologist can have.

Currently, Breezy sits on the American Meteorologist Society Board of Broadcast, and lives with her husband, Joe, in Nashville. She loves to spend her free time with family and friends and her loveable pooch, Lucy, and regularly posts on social media to her huge fanbase via Twitter, Instagram, facebook and YouTube. She is also available on the Cameo platform for that personalised bright and breezy message! 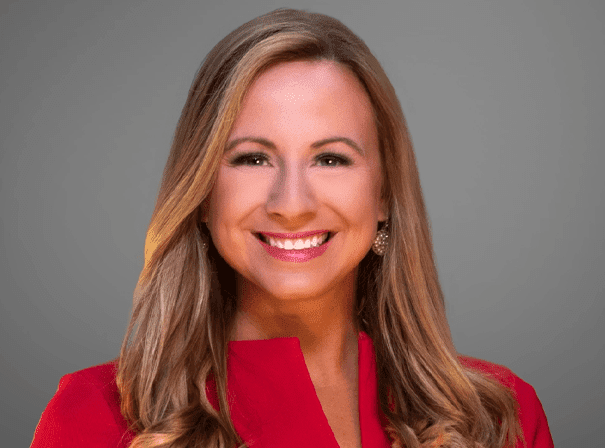