American tennis ace Danielle Rose Collins has extended her talents to both the worlds of singles and doubles. With career-high WTA rankings of world No.7 in singles and No.86 in doubles, she has won two WTA Tour singles titles, the 2021 Silicon Valley Classic and the 2021 Palermo Open. In 2022 she stormed to her first major singles final at the Australian Open, with her semi-final opponent Iga Świątek later stating Collins had hit the “fastest balls I have ever played in a match”. Her progress to the final meant Collins became the American No. 1 female player and also made her top-10 debut. Collins was also a semi-finalist at the 2022 Wimbledon Championships in doubles and a quarter-finalist at the 2020 French Open in singles, proving that she is now one of the main competitors to watch in major championships.

Born in St. Petersburg, Florida, Collins won the NCAA singles title twice (in 2014 and 2016) during her collegiate tennis career at the University of Virginia. After finishing her career at Virginia as the top-ranked collegiate player, she then established herself on the WTA Tour by reaching the semifinals of the Miami Open in 2018 as a qualifier. Her breakthrough then came the following year when she reached the semifinals of the 2019 Australian Open, defeating world No.2 Angelique Kerber en route. After a series of impressive results in 2022, Collins is now one of the Top 10 players in the world and has found her rightful place among the elites of the game. 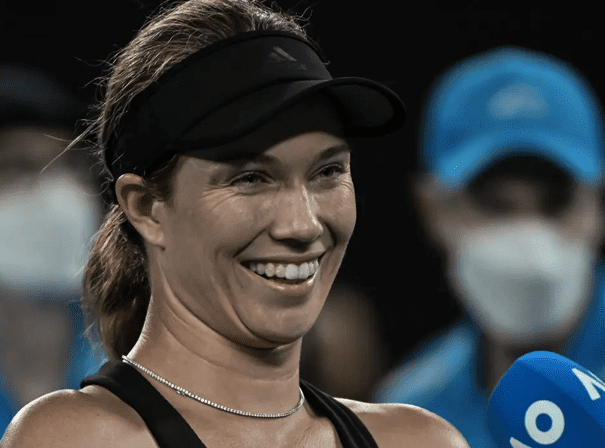