Daniella Colaprico is an American soccer player who is originally from Freehold, New Jersey and attended the University of Virginia where she played for the Cavaliers from 2011-2014. Colaprico finished her collegiate career as the program’s all-time leader in assistants and appearances. Colaprico went on to be selected by the Chicago Red Stars as the ninth overall pick of the 2015 NWSL college Draft in January 2015, scoring her first goal for the team during a match against Sky Blue FC which Chicago won 1-0. Soon after, Colaprico was voted the NWSL Rookie of the Year, and has been consequently named to the NWSL second XI in 2016, 2016 and even 2017.

Colaprico eventually transferred to join Sydney FC in the W-League for the 2018-2019 season, being one of the four american players joining the club; the Soccerer appeared in 11 games for Sydney and took the team all the way to the 2018-2019 W-League Championship. Colaprico has also competed elsewhere abroad, in Spain representing the U.S in the under-23 level, scoring a goal during the team’s 2-0 defeat of Norway. Colaprico was even so successful as to be included on the CONCACAF Women’s Championship roster, as well as receiving a call-up to USWNT camp in Europe for friendlies against Portugal and Scotland.

Currently, Colaprico is preparing for the next season of Soccer, as well as sharing with her instagram fans that number over 33 thousand her relationship with her sweet dog, Winnie, who receives thousands of likes on Instagram all by himself. Colaprico is known for her hardworking and down-to-earth attitude, and enjoys photography, long walks on the beach and exploring Chicago. 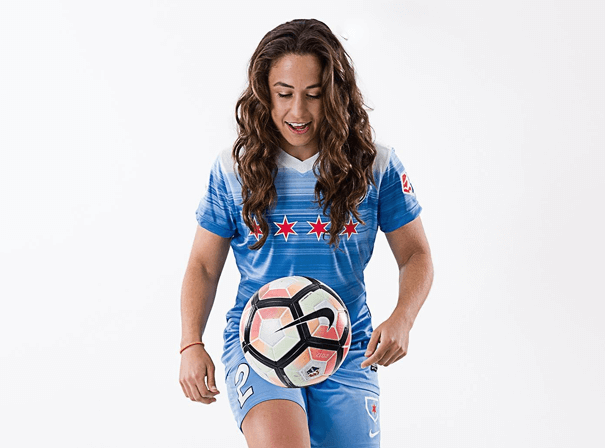