Danielle Ruiz is an international model, television personality, and presenter. She became a household name for her work hosting the World Poker Tour on Fox Sports, playing the role of Royal Flush Girl. Her dynamic and charismatic personality earned her much acclaim in this capacity.

Born and raised in Los Angeles, she had a keen interest in fashion and modelling from a young age. She did an internship at a fashion company, which was where she was asked to model for the first time, kickstarting her career in lingerie. She has modelled for brands such as ForPlay Lingerie and Elegant Moments. She also appeared in legendary publication Maxim Indonesia, where she appeared in a full editorial piece. She has modelled for regular fashion brands such as Savee Couture, Active Rideshop and Gloss Army. She has also had roles hosting Rockstar Energy: Miss Motocross and appeared in Hawaiian Tropics Miss Brazil, both in 2010.

After achieving success in modelling, she had ambitions of appearing on television as a personality and host. After being cast in the World Poker Tour, she took a guest role on the tv series Tosh.O in 2013, and then in 2016 appeared as The Lips on the television show Hit TV: The Prologue. She also guest-starred on roles on hit drama Lucifer in 2018, as well as The New Girl, Cougar Town, and The End. 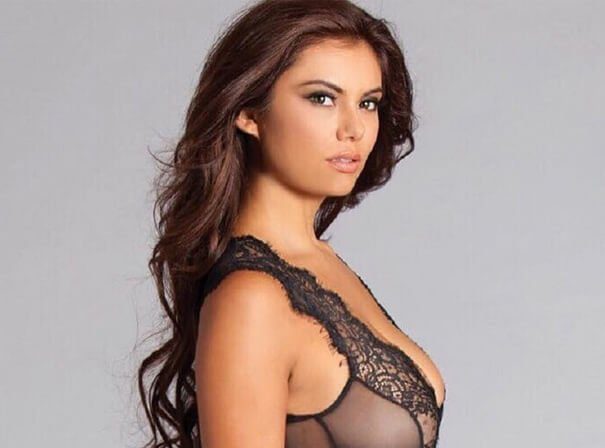