Footballer, Darren Fells, is best known for playing in tight end for Detroit Lions of the National Football League. Fells began his journey in sports, first by playing basketball while he was in high school at Fullerton Union in California. He continued to play college basketball even at the University of California, Irvine. Soon after that, Fells got selected to the All-CIF Southern Section II-A team as a junior when averaging 17 points and 10 rebounds as the team’s centre. Fells basketball career took him to playing professionally for Argentina, Belgium, Mexico, Finland and France. He was named rookie on the Basketball League Belgium Division I team Leuven Bears in 2008 and 2009. In the next season, Fells played for Kataja Basket Club of the Finnish Korisliiga. For France, Fells played for Etendard de Brest team, while for Mexican Liga, Fells was playing for Soles de Mexicali. Fells decided to take a turn to his career, by changing his focus into football. He signed his first contract with Seattle Seahawks in 2013. By autumn of 2013, Fells signed with Arizona Cardinals practice squad. Fells later got into Cardinals’ training camp, competing against John Carlson, Troy Niklas and Jake Ballard. He was then named the fifth tight end on the Cardinals’ depth chart to begin the regular season, behind Rob HOusler, John Carlson, Troy Niklas and Jake Ballard. By 2017, Fells managed to sign a contract with Detroit Lions for $1.5 million. Fells continued his career by playing for Cleveland Browns, Houston Texans, and most recently resigning a contract to play for Detroit Lions. 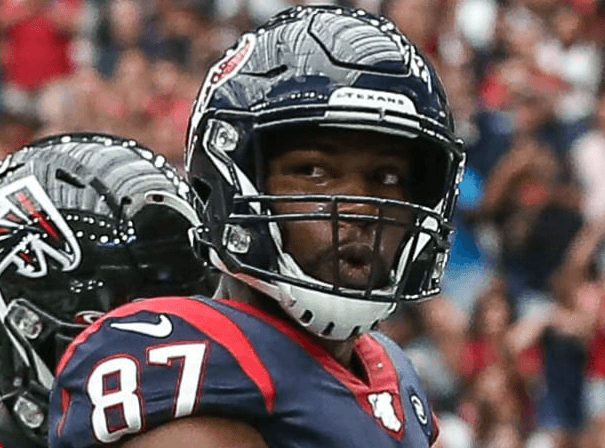