The multi-talented producer, musician and artist, Davey Oberlin, is best known as the onstage keyboardist for the Nu metal band, Korn, as well as for his work in symphonic deathcore group, Winds of Plague. He is also the man behind the synthwave project, All the Damn Vampires.

Born and raised in Burbank, California, Oberlin’s first love was art. At 16 he started work at the Cartoon Network channel, drawing animation in-betweens for their hit series, The Powerpuff Girls. He went on to work as a games tester at Activision, getting paid to play things like Call of Duty, Guitar Hero, and 007: Quantum of Solace. He also provided the score and sound design for the mobile game hits, GraveStompers, and Hail to the King: Deathbat. His music career took off when he joined Jennifer’s Finch’s band, The Shocker, for their world tour, as lead guitar and second vocals, in 2003. In 2009, he joined the extreme metal band, Dawn of Ashes, and then the band Stolen Babies, playing drums and lead guitar. He joined Winds of Plague in 2015 as lead guitar, and was then asked to join Korn. He officially became their live keyboardist in 2017.

Oberlin regularly connects with his legions of fans and followers through Instagram and Twitter, posting videos and pictures about his life on and off the stage, and in and out of the recording studio. He is also available for that personalised shout-out through the Cameo platform. His synthwave project, All the Damn Vampires, has its own official website, smarturl.it/allthedamnvampires, as well as Facebook and Instagram accounts. 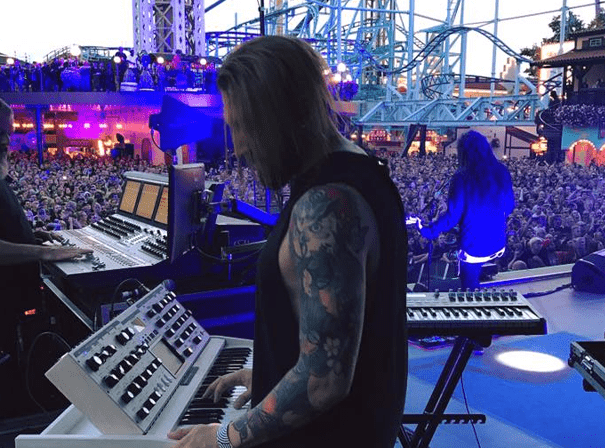