Fan favourite – David Bentley, is an English former professional footballer who played mainly as a winger. The set piece specialist was capped seven times by England and won Player of the Season at his time with Blackburn Rovers.

Bentley started his blossoming career with Arsenal in the Premier League, he was widely considered to be a future world beater due to his unbelievable natural ability. However, the youngster needed experience, he spent two seasons on loan with Norwich City and Blackburn Rovers, eventually moving to Blackburn due to his promising performances for the club. Bentley continued to produce solid performances for his new club, and soon featured regularly for the England under-21 team. Due to his under-21 success, Bentley made his senior international debut in 2007. A year later, the talent joined Tottenham Hotspur. After his stint at Spurs, Bentley donned the shirts of Birmingham City, West Ham United and FC Rostov.

After an early retirement, Bentley now helps to run the Sala group, which consists of a number of bars and restaurants in Spain and Gibraltar. The Premier League icon is obviously enjoying his time in business, as he also runs Shortgrove Renovations and Construction. Whether in football or business, Bentley seems to experience success wherever he goes. 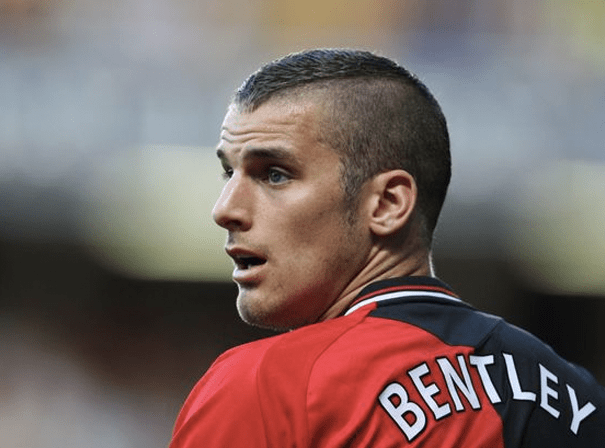