Former Formula One racing driver David Coulthard has enjoyed a decorated racing career and continues to be a familiar face in the sport due to his extensive presenting duties and media appearances. On the track, he was known for his smooth driving style which earned him 13 wins and 62 podium finishes.

Coulthard started out as a test driver for Williams Grand Prix Engineering, before debuting in the 1994 season alongside Damon Hill. The following year, he scored the first pole position of his career, and went on to finish third in the Drivers’ Championship. In 1996, he joined McLaren alongside Mika Häkkinen.

Though retiring from Formula One, Coulthard continued to race for some time in the Deutsche Tourenwagen Masters alongside other veterans of the sport, and has partaken several times in the Race of Champions, which he won in 2014 and 2018. Away from the track, Coulthard has gone on to have a successful career in broadcasting, as a pundit and commentator on the BBC and then Channel 4. He has written regularly for BBC Sport and The Daily Telegraph, and co-owns sports and event broadcast production agency Whisper Films. He was appointed an MBE in the Queen’s Birthday Honours 2010 for services to motorsport. 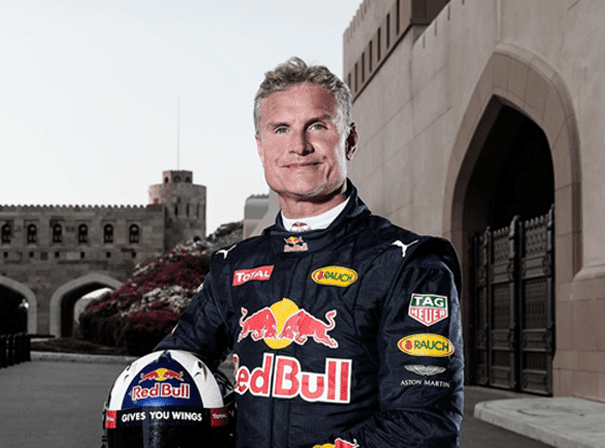