Famous for playing Naked Snake and Solid Snake in the Metal Gear video game series, David Hayter is a Canadian actor, screenwriter, producer and director. In 2000 Hayter won the Saturn Award for Best Writing for his work on X-Men, and he also co-wrote the hit movies Watchmen and X2. In addition to playing Naked Snake and Solid Snake in Metal Gear, he is well known for providing the voice of King Shark on American superhero series The Flash.

Hayter began acting when he was nine, and travelled around the world as a child before attending Ryerson University in Toronto. At the age of 20 he moved to Hollywood to pursue his acting career, starting off with live acting roles including an episode of sitcom Major Dad, but soon realised he was more interested in voice acting. In 1994 he landed the role of Captain America in the Spider-Man animated series followed by the part of Tamahome in the anime series Fushigi Yūgi. In 1998 he began playing Solid Snake, the main series protagonist in the video game Metal Gear Solid, and later went on to play predecessor Naked Snake in all following instalments (including re-releases, adaptations and spin-offs). His work on the game series threw Hayter into the limelight and he has since worked on other game projects including Star Wars: The Old Republic and Eternal Darkness: Sanity’s Requiem.

A prolific screenwriter, his recent work includes co-writing and producing Warrier Nun for Netflix, a series based on the comic book series Warrior Nun Areala. 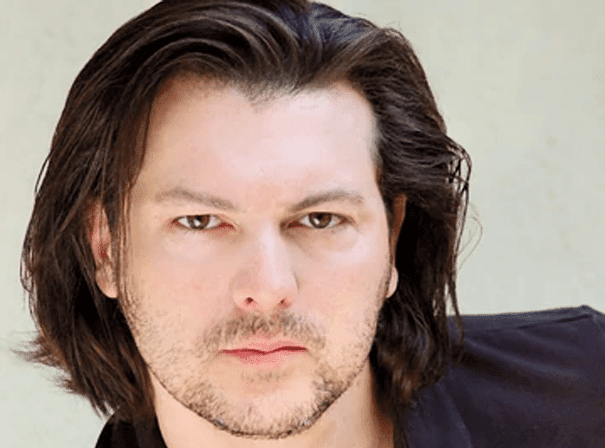