Standing at a towering 6’4”, New Jersey-born David Njoku is expected by fans and pundits alike to rise through the ranks as one of the NFL’s most gifted young athletes. Scouted by the Cleveland Browns in 2017 and tipped as one of recents drafts’ best Tight End prospects, Njoku is set for a lengthy and successful career.

Njoku began capitalising on his tall, broad stature and natural athletic abilities in high school, winning gold at the 2014 National Championships in his senior year and racking up more than 70 receptions and almost 20 touchdowns for the school football team. Throughout two incredible years, Njoku used his time at Miami University as a proving ground for his near unrivalled pace and power, earning a well-deserved place in the 2017 NFL. Completing every positional and combine drill at the NFL Combine and putting in a phenomenal performance at the Miami Pro Day, Njoku was rightly predicted by analysts as a likely first-round pick, joining the Cleveland Browns for the upcoming season. The move was broadly praised by pundits as a transformative decision for the team, and Njoku has since wasted no time showing promise on the field and impressing his new team-mates.

The coming seasons will be an exciting time for Njoku, who will no doubt build on his newfound platform with the Browns, undoubtedly progressing towards future accolades and accomplishments. 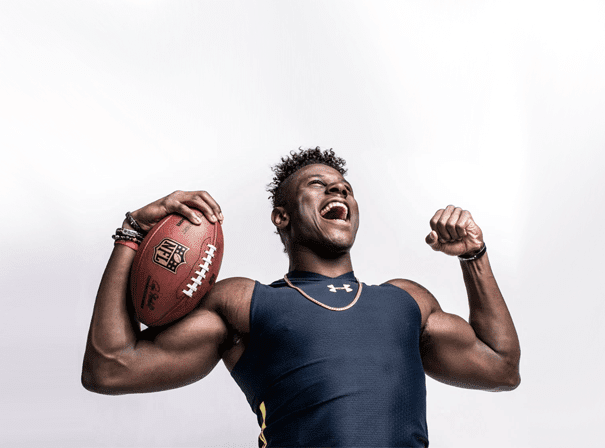