David Suzuki is a Canadian academic, environmental activist and science broadcaster. He worked as a professor in the genetics department at the University of British Colombia for 38 years, from 1962 to 2001 and is also is a Companion of the Order of Canada.

Suzuki obtained a PHD in Zoology from the University of Chicago in 1961 before embarking on his long and prosperous career as a professor. Since the mid-70s, Suzuki has been well known for his TV and radio series, books on the environment and nature and documentaries. He is celebrated for being the host of CBC’s The Nature of Things, the popular and long-running TV science show. The show which was broadcast in over 40 countries saw Suzuki share his opinion on the state of the world and how to make it a better place. He is also known for critical opinions towards the governments because of their lack of action to help and protect the environment.

As a long-term activist to reverse climate change globally, in 1990 Suzuki co-founded the David Suzuki Foundation, his mission being “to find ways for society to live in balance with the natural world that does sustain us”. The Foundation’s key areas of focus are climate change, sustainable fishing and the oceans, clean energy and sustainability, as well as Suzuki’s Nature Challenge. The Foundation also works towards helping protect the oceans from huge oil spills, in light of the oil spill in the Gulf of Mexico.

In 2004, a CBC TV Series asked viewers to select the Greatest Canadian of all time. Suzuki ranked #5 on the final nominee list In 2009, Suzuki was awarded the Right Livelihood Award for his remarkable contributions to climate change. His book The Legacy, published in 2009 was very well received and he was honoured with the Nautilus Book Award. 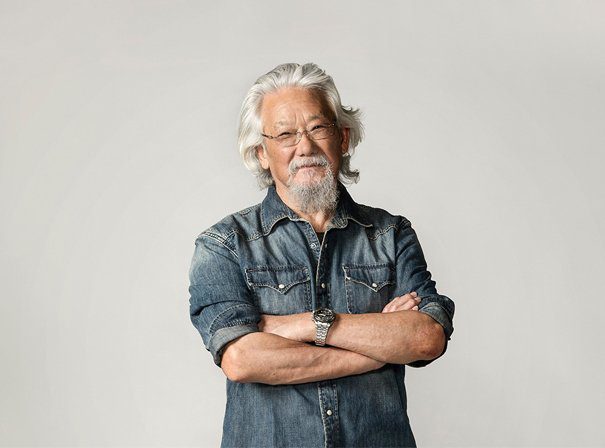