Australian cricketer David Warner is regarded as one of the best batters of his generation. He is a former vice captain of the Australian national cricket team. Between 2015 and 2018, he served as Australia’s vice-captain in both Test and ODI cricket. Warner, a left-handed opening batsman, is the first Australian cricketer to be selected for a national team in any format without having played first-class cricket in 132 years. He In domestic cricket, he has played for the Sydney Thunder and New South Wales.

Warner is recognised for his aggressive left-handed batting approach, which favours the aerial route, as well as his ability to switch hit with the back of his bat or by taking a right-handed stance. Warner’s hitting power comes from his powerful forearms and his low centre of gravity, which allows him to get underneath offerings and blast them high in the air. He is an athletic outfield who also spin bowls part-time.

Warner became the fourth player to win the Allan Border Medal multiple times and in consecutive years in January 2017. He became the first batsman for Australia and the eighth player overall to achieve a century in his 100th ODI in September 2017. In March 2018, he was punished for bringing the game into disrepute after a preliminary investigation into ball tampering by the Australian team. Warner was barred from both international and domestic cricket in Australia for a year, as well as any leadership posts. Following his return, Warner’s 335 not out against Pakistan in November 2019 was the second-highest individual score by an Australian Test batsman. 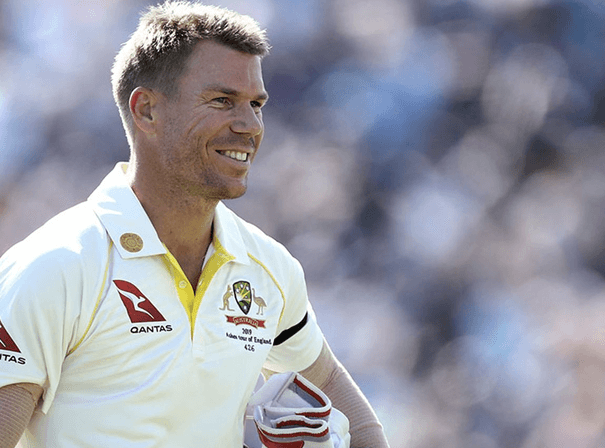