Son of Peter Willey, a former England cricketer and international umpire, David Willey is an international cricketer for England. Willey began his career in the County Championship division two for his native county of Northamptonshire. After progressing through the ranks at Northampton, where he played for O.N’s and Northants Academy, he was given his chance in the 2009 season at the age of 19, following a strong pre-season. His first game was against Leicestershire, in which, after a good partnership with Andrew Hall, he scored 60. Willey led Northamptonshire to a 102-run victory over Surrey in a rain-shortened Friends Life Twenty20 Final in 2013, scoring 60 runs with the bat and then taking 4/9 with a match-ending hat-trick to clear up the tail.

Willey went to play for the Northern Superchargers, Yorkshire, and Perth Scorchers, before being signed by the Chennai Super Kings for the 2018 IPL season. Willey was picked in England’s team for the ODI series against Ireland in July 2020. He took his maiden five-wicket haul against Ireland on July 30, 2020, with statistics of 5/30 from 8.4 overs. Willey made his 50th ODI appearance on June 29, 2021, in the opening match against Sri Lanka. He was picked for England’s squad for the ICC Men’s T20 World Cup in September 2021. In the auction for the 2022 Indian Premier League, Willey was purchased by the Royal Challengers Bangalore. 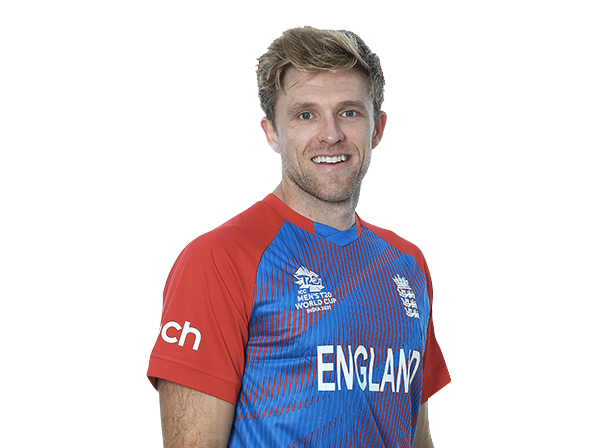