Anderson Luís de Souza – better known as Deco – is a legendary footballer who played 161 games for Barcelona and earned 75 international caps for Portugal. One of the best midfielders of his generation, Deco won the UEFA Best Midfielder Award with both Barcelona and Porto, making history as the first player to win the award with two clubs. He is also one of only a handful of players to have won the UEFA Champions League with more than one club – Barcelona in 2006 and Porto in 2004. He was named Man of the Match in the 2004 UEFA Champions League Final and UEFA Club Footballer of the Year for 2004.

Born in Brazil, Deco received Portuguese citizenship in 2002 and opted to play for the Portugal national team. He played in two FIFA World Cups and two UEFA European Championships, reaching the Euro 2004 final and fourth-place at the 2006 FIFA World Cup.
Deco started his career at Brazilian club Corinthians as a young player and was scouted by Benfica in 1997. He remained with the club until 1999 when he joined Porto and soon became regarded as one of Europe’s most promising midfielders. He went on to rack up an impressive 148 appearances for the side, helping them win back-to-back leagues and to take the European crown. More success followed for Deco during his time with Barcelona, and his move to Chelsea in 2008 saw him win the Premier League with the side in 2010.

In August 2013 Deco finally hung up his boots after a glittering 17 year career playing at the top of football. Since retiring he has been busy with several projects including his own soccer school based in his native Brazil. 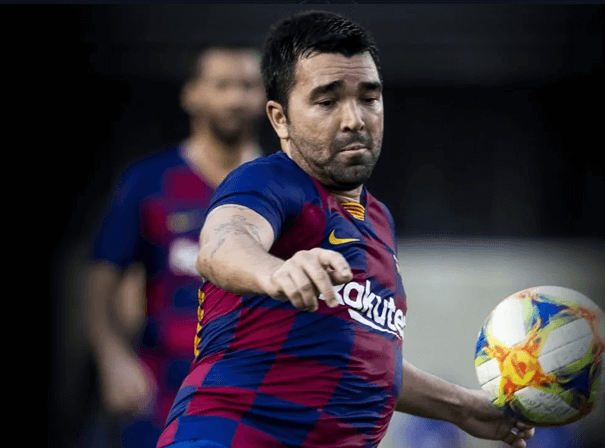