After a successful NFL career starting with the Dallas Cowboys in 2011 and ending in mid-2018 after playing with the Philadelphia Eagles and the Tennessee Titans, DeMarco Murray decided to retire from professional football and become a running back coach with the University of Arizona. Murray’s love of sport was kindled back in a Las Vegas high school playing basketball, football, and competing in track and field, gaining lot of attention by the time he graduated before moving on to a strong college football career.

The Cowboys picked him up in the draft, and debuted him shortly thereafter. His rushing game was on point, his receptions added up, and he kept making plays for the next few seasons. 2015 saw him move to the Philadelphia Eagles where he took some time to get used to their play style. He ended his NFL career in 2018 and moved on to coaching. Over that time, he held dozens of records and awards for rookie rushing yards, scrimmage yards, and other great feats of athleticism and skill. In fact, he was AP’s Offensive Player of the Year just three years prior to retirement.

Besides running the ball and receiving passes, DeMarco Murray kept himself busy over the years with the DeMarco Murray Foundation, putting on charity events and special NFL auctions to benefit underprivileged kids. He has also appeared on quite a few TV shows as himself over the past five years, turning up on everything from Nickelodeon’s Kid’s Choice Sports to Trisha’s Southern Kitchen and a Santa Holiday Special. 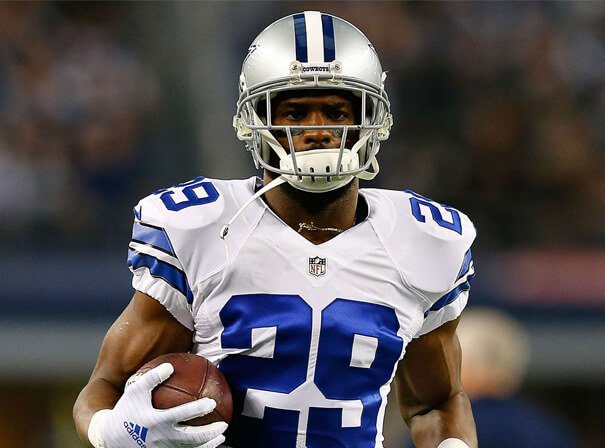