Footballer Demario Davis is an inspiration both on and off the football field. Since arriving at New Orleans Saints in 2018 the linebacker has become the face of the team’s defense, which has now become the #1 defense in the National Football League (NFL). Whilst many players find their production begins to slow down after the age of 30, the opposite has happened to Davis and he has arguably enjoyed the best five seasons of his impressive playing career in the last five years, ranking in first place with 21 sacks among off-the-ball linebackers and fourth in the NFL with 563 tackles. In 2019 his efforts earned him a first-team All-Pro selection.

Away from the NFL, his charitable work has helped thousands and earned him a Walter Payton Man of the Year nomination in 2020. Throughout his career he has worked to meet the needs of migrant families, to provide accommodations for those with disabilities and as an advocate for police reform and criminal justice. In 2021 he won the NFL’s Bart Starr Award for the player who best showed outstanding leadership and character.

Born in Collins, Mississippi, Davis played college football at Arkansas State and was drafted in the third round of the 2012 NFL Draft by the New York Jets. In 2016 the 6ft 4in linebacker thought his career was winding down. As a devout Christian who has often spoken publicly about his strong beliefs, Davis decided to pray about his future and began to put his faith into action on the pitch. He also used his faith to help his family through his daughter’s battle with a rare form of eye cancer, and she is now thankfully cancer-free. Davis continues to bravely tackle challenges in life whilst leading the Saints in tackles on the football field. 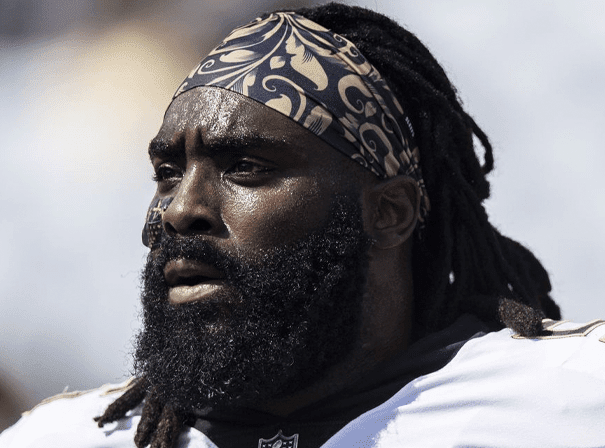