Best known for her Golden Globe nominated performance in Ghost, Demi Moore is a hugely successful actress and film producer.

Moore first burst onto the acting scene in the 1980’s, with a role in soap opera General Hospital which earned her a place in the infamous group of actors the Brat Pack. She starred in numerous movies over the next 10 years, including several coming of age films such as About Last Night… and St Elmo’s Fire. Her breakout role was in 1990 blockbuster hit Ghost, which she starred in opposite Patrick Swayze. Her performance was recognised with a Golden Globe nomination and she went on to star in several other hugely successful films such as Indecent Proposal, A Few Good Men and Striptease. Her career continued to go from strength to strength, with roles in The Hunchback of Notre Dame, Charlie’s Angels: Full Throttle, Mr Brooks and Margin Call, and Moore has now been named as one of the highest earning actresses of all time. In more recent years, the world renowned film star has appeared on television in shows such as Empire, Animals and 2020 drama Brave New World.

With an international reputation and countless film and TV credits to her name, Moore remains one of the most in demand actresses in Hollywood. She has also become known for her charity work with organisations such as UNICEF, Declare Yourself and Raising Malawi, and has campaigned extensively for equal salaries for female actresses. 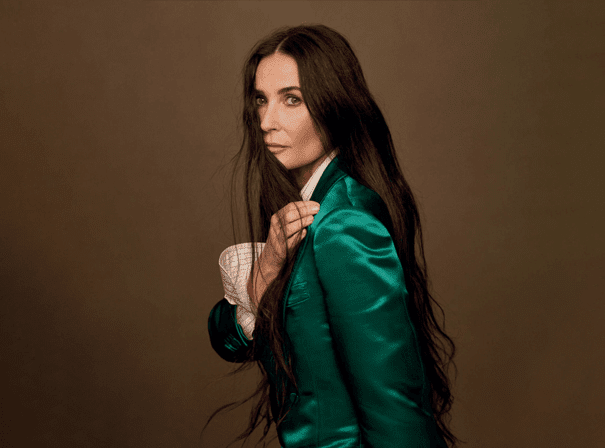