Dennis Bergkamp is arguably Dutch Soccer’s greatest export. During his 20-year playing career, he scored over 230 goals for club and country, some of which are now regarded as the greatest goals of all-time. His name will forever be linked with Arsenal, with whom he won three Premier League titles and four FA Cups. His status remains such that he has not one but two statues in his honour: one at Arenal’s Emirates Stadium and another at the Dutch Soccer headquarters.

Bergkamp’s career began in his native Netherlands in the mid-1980s with Ajax. During seven years at the club, he helped them to win the domestic title and UEFA Cup. He was the Eredivisie’s top scorer for two seasons and twice voted Dutch Soccerer of the Year. His success inevitably drew interest from some of the world’s biggest clubs, and in 1993, he moved to Inter Milan. After struggling to settle, he moved to Arsenal in 1995, becoming their record signing. Years of success followed, including a league and cup double during 1997/98, Bergkamp becoming a firm favourite with fans and critics. The culmination of his time there was the 2003/04 season when he was one of only two ever-present players in the “Invincibles” team that won the league without losing a single game. He retired from playing in 2006 and later returned to Ajax, becoming Assistant Manager for six years.

As an international player, Bergkamp won 79 caps with the Netherlands and was their all-time top scorer for several years, making the semi-finals of the 1998 World Cup and Euro 2000. 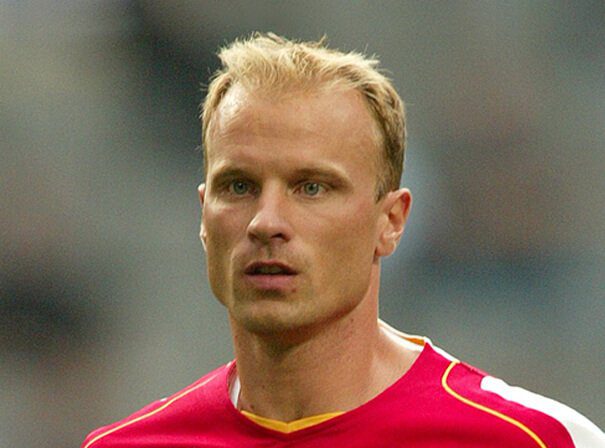