Legendary NFL player and producer Derrick Brooks is well known for his glory days with the Tampa Bay Buccaneers. Drafted in the first round of the 1995 NFL Draft, Brooks was signed by the team, which launched his explosive professional career. He is an 11 time Pro Bowl selection and nine-time All-Pro player and earned a championship ring at the Super Bowl XXXVII. Arguably one of the greatest athletes to ever grace the NFL, Brooks was honoured and placed into the Pro Football Hall of Fame in 2014. With a remarkable foundation in the sport, from his high school days at Washington High School in his native Florida to holding some of the most sought after titles in the NFL, Brooks is a legacy player that will continue to inspire the next generation for years to come.

Since hanging up his boots with the Buccaneers in 2009, Brooks continues to offer his unique insights as a football analyst for ESPN. Alongside his analyst duties on ESPN First Take, he co-hosts the much-loved Sirius NFL Radio program, The Red Zone. Between takes, Brooks was also the co-owner and president of Tampa Bay Storm – which was part of the Arena Football League and has also served as an appeals officer for the NFL and NFL Players Association.

Away from the game, Brooks is well known for his charity work and for raising awareness for the importance of education. This passion caused him to launch the Brooks Bunch charity and youth scholarship foundation in the Tampa Bay area. Alongside his day job, Brooks is also a well-established producer. Some of his credits include The Birth of a Nation, Soulmate(s) and The Bad-Ass Librarians of Timbuktu. With a wealth of hands-on experience and his passion for education, Brooks is building a lasting legacy. 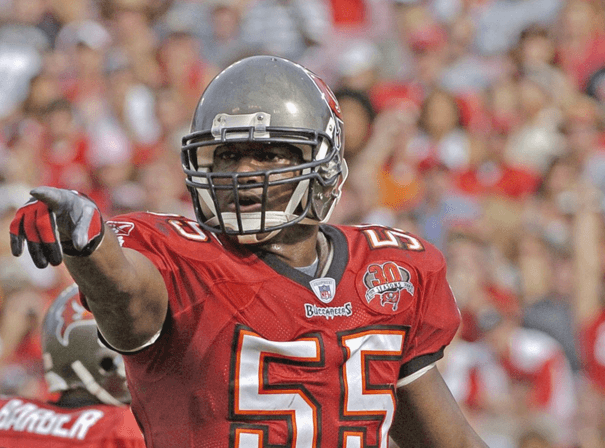