Desmond Ridder is an Football quarterback who has recently completed a successful college career with the Cincinnati Bearcats and has now declared himself one of, if not the most ready player in the 2022 NFL Draft. He impressed at the Combine and is a widely projected second-round pick. With the Bearcats, he became a two-time AAC Offensive Player of the Year, two-time First-Team All-AAC player, and also won the AAC Rookie of the Year Award during his first season.

Ridder was born in Louisville, Kentucky, in August 1999. Raised by his teenage mother and his grandmother, he attended the city’s St Xavier High School where he became an integral part of the school football team, the Tigers. During his senior year, he became their star player and received All-Metro honours. With offers on the table from Eastern Kentucky and Cincinnati, he chose the latter and signed with them in 2017. He redshirted his freshman season, but in his first playing season, he made a huge impact, becoming starting quarterback and winning the conference Rookie of the Year Award thanks to 2,445 passing yards and 20 touchdowns.

Despite the pandemic, 2020 was Ridder’s breakthrough season as he was named MBP at the Birmingham Bowl, won his first All-AAC honours and was named the AAC’s Offensive Player of the Year. He repeated his success in the latter two the following year, helping the Bearcats to become the first Group of Five team to make the AAC playoffs. Now, he is ready to take on the NFL. 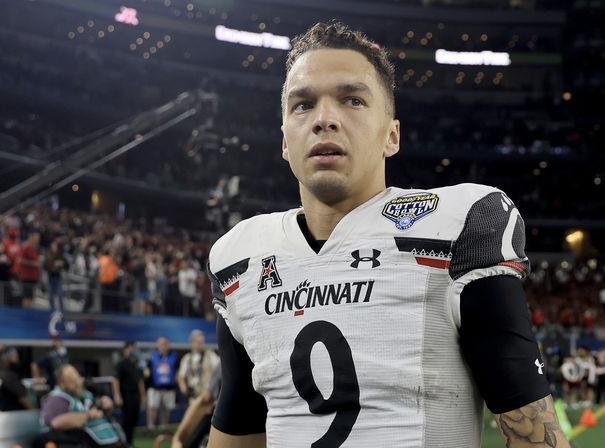