Breakout NFL star athlete Devin White is shaking things up on the field. As one of the Tampa Bay Buccaneers, White claimed his first stellar Super Bowl championship in 2021 against the Kansas City Chiefs. With his can-do attitude, ferocity and speed in the game, White has become one to watch. Born and raised in Louisiana, White earned his footballing stripes while attending North Webster High School. A standout linebacker and running back, White soon caught the attention of the LSU Fighting Tigers, where he launched his meteoric college career. Now one of the most formidable players in the game, White has a long and exciting career ahead of him.

Signing to the Buccaneers, White made LSU history as the highest-drafted linebacker of all time. Since signing with the team in 2019, he has claimed several victories against the San Francisco 49ers, the Carolina Panthers, the Seattle Seahawks, and more. Within his rookie year alone, White was twice named the NFC Defensive Rookie of the Month. Soaring through the ranks, White finished his 2020 season with a team-best 140 total tackles, nine sacks, one forced fumble recovery and four outstanding four pass directions. No stranger to holding the trophy, White excelled in the NFC Championship against the Green Bay Packers before claiming the pivotal Super Bowl LV title over the Chiefs.

Beyond the pitch, White is passionate about music and horseriding, which he often shares with his dedicated fanbase on Instagram and YouTube. What’s more, during the height of the worldwide pandemic, White and his friends released “We At The Tailride”, produced through White’s Get Live Stables. With a range of projects in the works and a stellar career on the pitch, White will be inspiring generations for years to come. 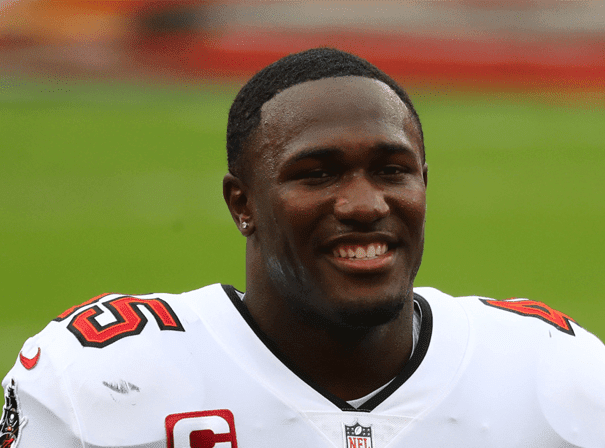