Former Football quarterback Devlin “Duck” Hodges became a cult figure in Pittsburgh after signing for the Steelers in 2019. Signed by the Pittsburgh Steelers as an undrafted free agent in 2019, Hodges helped the Steelers upset the Chargers on Sunday Night Football when he replaced an injured Rudolph in Week 6, and after returning to the bench played in Week 12 to give the Steelers a come-from-behind win. Hodges also enjoyed a brief stint with the Rams before joining the Canadian Football League for the 2021 season.

Hodges enjoyed a stand-out college career at Samford, and was awarded the prestigious Walter Payton Award in 2018 given annually to the best NCAA FCS football player, and on three occasions he was named the Southern Conference Offensive Player of the Year. Nicknamed “Duck” during his time at college for his prowess at duck calling, he won the 2018 Alabama State Duck Calling Championship. Despite his stellar college career he didn’t hear his name called during the 2019 NFL Draft, but went on to sign with the Steelers in 2019 and was initially added to the team’s practise squad in September the same year. Following team mate Roethlisberger’s season-ending injury in the second week of the season, Hodges was activated to active roster.

After announcing his retirement from pro football in 2022, Hodges is now excited to see what the next chapter in his life holds. 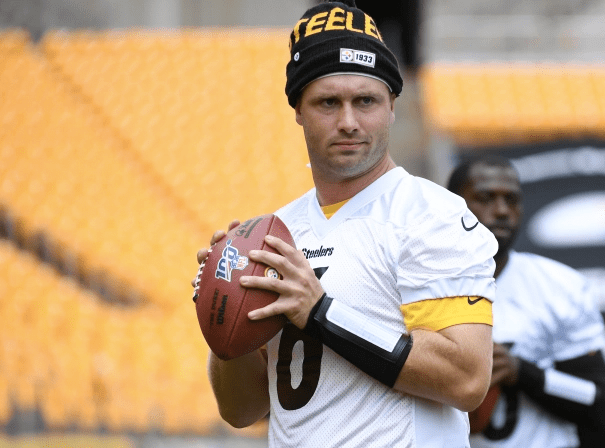