The award-winning American writer, actor and producer, Diallo Riddle is best-known for his hit TV series and comedy work on popular chat shows.

Growing up in Georgia, Riddle attended Harvard University before going on to establish his comedy sketch group Cleos Apartment alongside his writing partner Bashir Salahuddin. It was not long before success came knocking when the group’s stage show was adapted into The Message by AOL and HBO, which aired during 2007. The following year, Riddle joined the team on Chocolate news as a writer and since 2009 has written for over 60 episodes of the ever-popular Late Night Show with Jimmy Fallon. Since then, Riddle has gone on to write for an array of TV series, including the 2017 NBA Awards, The Last OG and more recently the groundbreaking Comedy Central podcast South Side and the musical comedy sketch show Sherman’s Showcase. Alongside his writing projects, Riddle has starred in a host of comedy TV series, including Marlon, Black-ish, Silicon Valley and in 2020 Curb Your Enthusiasm and Indebted. Of the projects Riddle has worked on, he has also acted as a producer on The Last OG, South Side, Sherman’s Showcase and in 2020 the TV special John Legend and Family.

Of his accolades, Riddle was nominated for an Outstanding Writing award at the Primetime Emmy’s in 2011 for his contributions on the Late Night Show with Jimmy Fallon. He was also nominated for a Writers Guild award in 2016 for his work on the TV series Maya & Marty. 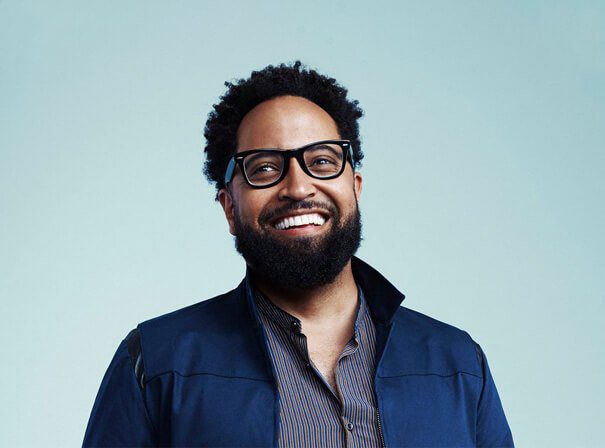