Zavjalova was always sporty growing up, playing numerous sports when she was in school including tennis, dance, karate and skateboarding. She took up bowling too, and it instantly became her favourite, with the young bowler leaving to tour around Europe when she was just 15. She joined the European Bowling Tour and started to represent her home country of Latvia in the European and World Championships at the youth level. It was clear that she was naturally talented at the sport, going on to win medals and establish herself as one to watch on the scene. Zavjalova travelled to America to study Sports Management at college, also representing Webber International University in bowling while she was a student. Since graduating she has joined bowling tours all over the world, including the PWBA tour since 2015. She has taken two European Championship gold medals, a silver and a bronze at the World Championships and four PWBA titles including two majors.

This determined and dedicated sportswoman has built up a solid reputation for herself in the past few years, and her career continues to go from strength to strength. Zavjalova has already made her mark on the bowling scene, and looks set for a long and successful career. 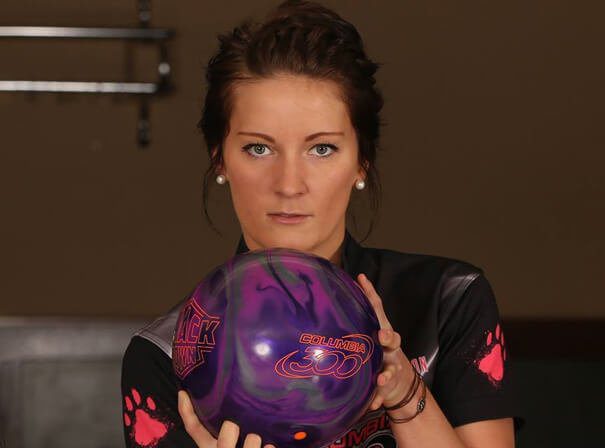